James Cropper is an independent paper manufacturer which has been making some of the world’s finest papers and boards since 1845. Based in Cumbria, with an office also in the United States of America, the company supplies paper all across the world.

We have worked with James Cropper for a number of years, initially contacting them about our wood recycling services. This resulted in us carrying out a waste site audit which revealed that there was very little waste segregation being carried out. Furthermore, 80% of the general waste was being sent to landfill.

Working with the company we provided a number of dedicated recycling containers. This was predominantly to handle the large amount of waste paper/card they produce. This service has then been adapted over the years to meet the needs of the company. In 2013 we began sending non-recyclable general waste to a Refuse Derived Fuel (RDF) plant. Here, the waste becomes a green fuel.

Of all the waste we handle for James Cropper each week, we recycle well over 90% of it. Soon, the company will be able to report zero waste to landfill. It is no longer paying high disposal costs to now receiving an income from its waste.

James Cropper has also opened the world’s first facility recycles disposable plastic coated coffee cups. It reuses the pulp to make paper. We are currently working on a project that will support this by taking the cups and then shredding, baling and wrapping them to make them easier to process.

We have always received excellent service from Cumbria Waste Group. Over the years we have demanded more from them and they have always delivered exactly what we need.

They are flexible and very responsive and being a business that also operates outside normal office hours, this is exactly what we are need.

We are working towards achieving zero waste to landfill status and Cumbria Waste Group is playing an important role on this, helping to find markets for our different waste materials and identifying innovative ways of dealing with the small amounts of waste that are traditionally hard to recycle. 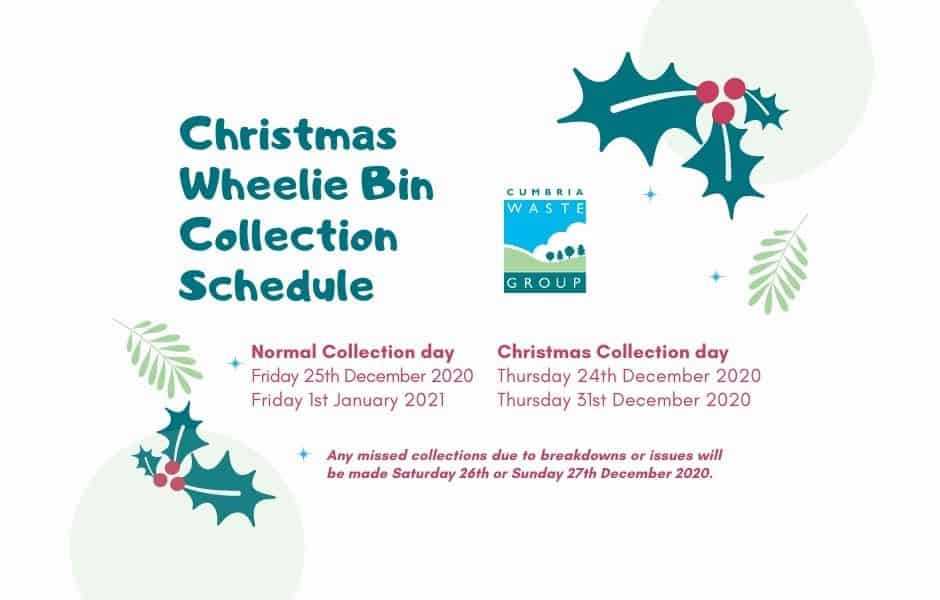 Missing a wheelie bin collection can be very frustrating especially before Christmas.  Please see the changes to our schedule as we will be collecting a day earlier than... Read more